Suriname, and the Guiana Shield, share the same geologic history as the West African Shield. The two shields contain gold-bearing greenstone belts that formed in the Eburnean and Trans Amazonian Orogenies about 2.2 billion years ago. They are currently separated by the Atlantic Ocean which started to split apart South America and Africa about 200 million years ago and continues to drift them apart today. 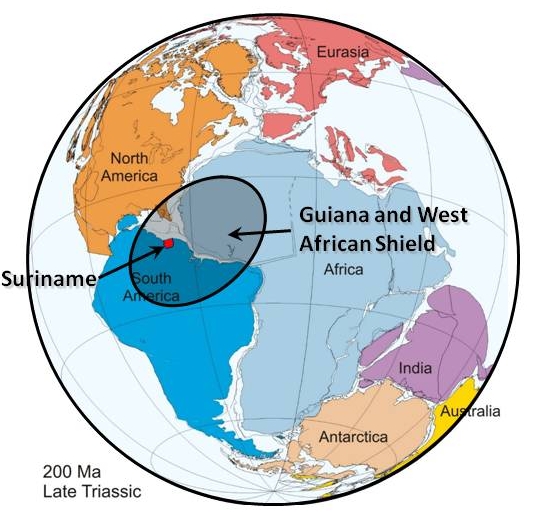 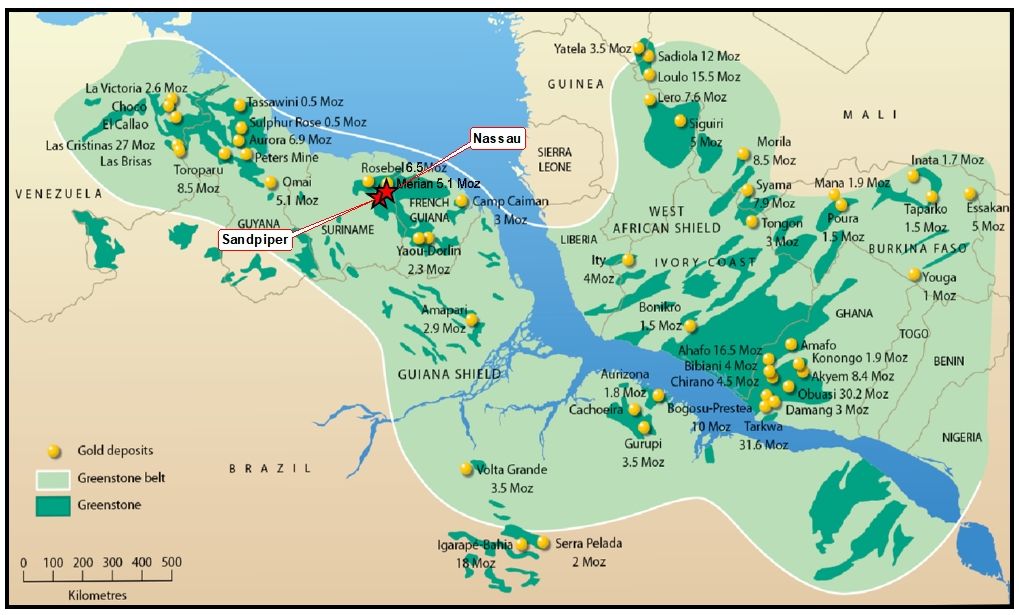 Gold deposits and greenstone belts of West Africa and South America and the locations of the Nassau and Sandpiper Projects of 79North. 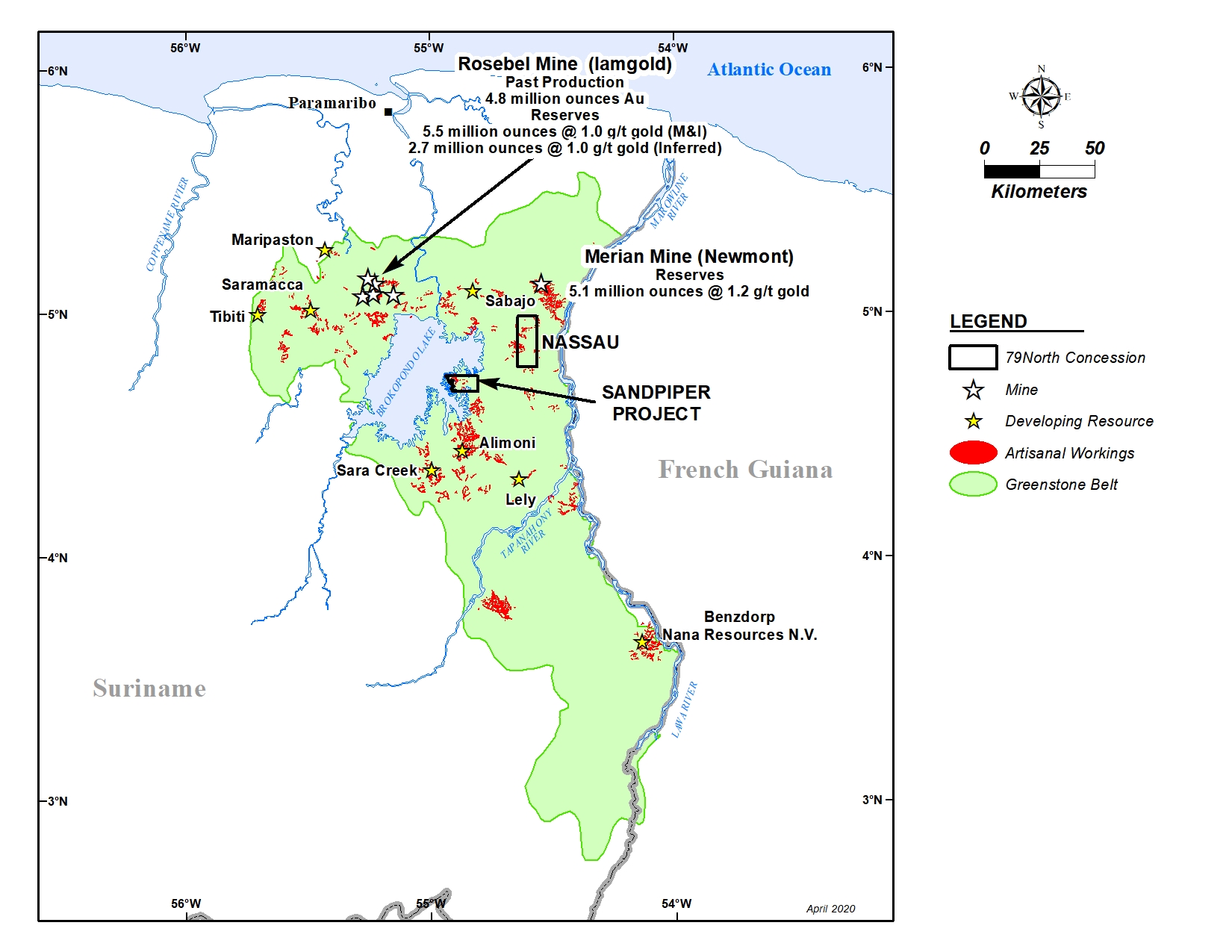 Location of the Marowijne greenstone belt and gold deposits of Suriname and location of the Nassau and Sandpiper projects of 79North. 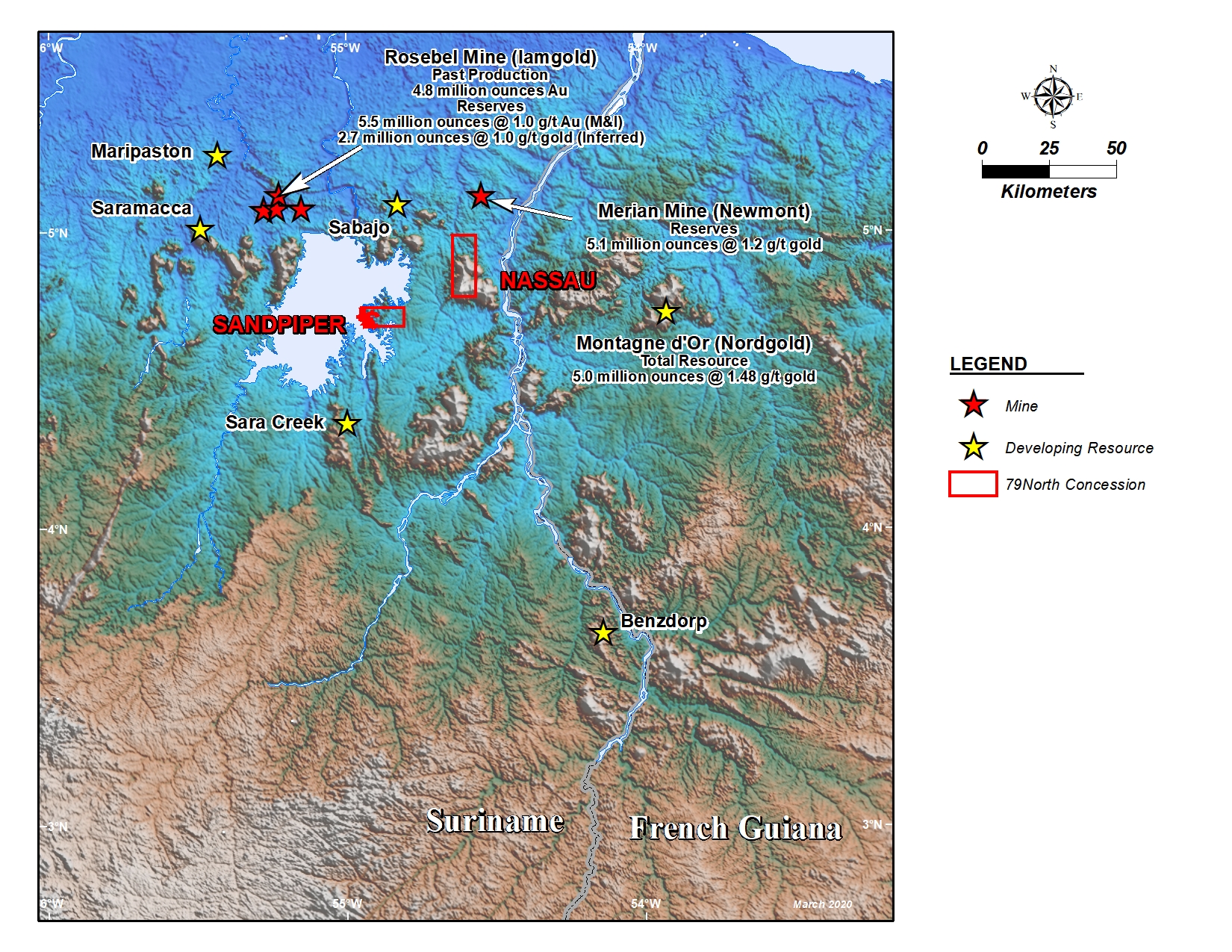 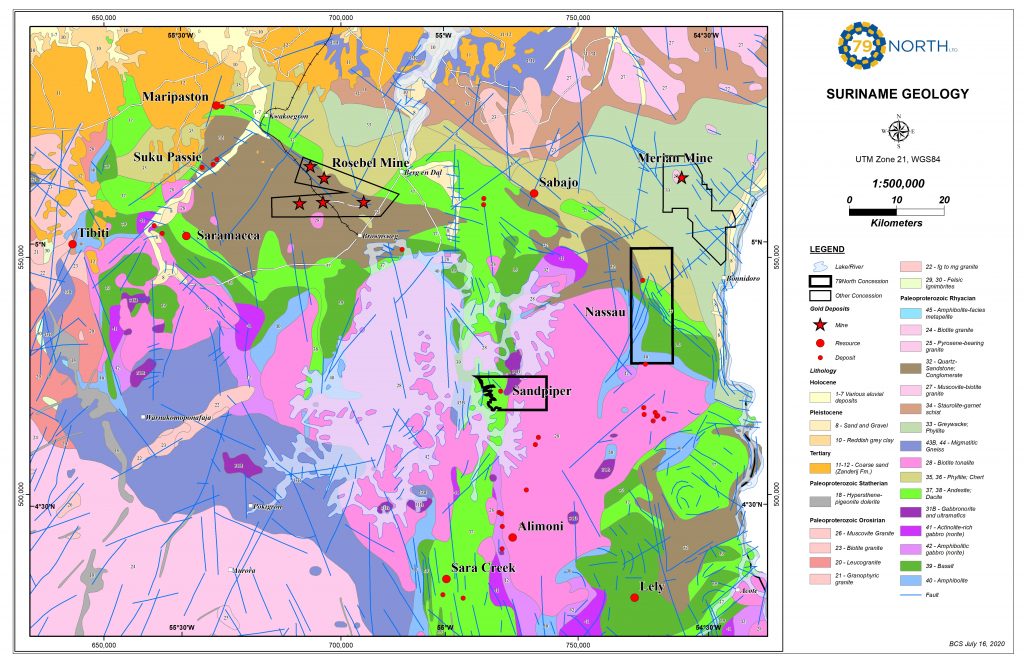